Pots ‘N’ Pans was my most recent band, which I joined in March 2007 and remained in until we disbanded in fall 2008. We never had any official releases, save for a super-limited-edition EP. We recorded a full-length just before disbanding, which sucks ’cause I actually liked (and still like) most of it. Fortunately, I managed to get a few rough but decent mixes. To download a ZIP file of the entire album, click here. The track list and vocalist/author are as follows:

The band Billy Boloby released the CD EP The Revival in 2003. Click here to download a ZIP file with all six songs or download the songs a la carte below.

The Mute-Ants formed in the fall of 1995 and recorded a demo in February 1996. This was followed by three 7″ EPs and a full-length CD, The Terrible Tunes of the Mute-Ants on Mutant Pop Records (which also released the Planet of the Mute-Ants EP in 1997). The band split up after playing a final show in January 1999, with the Undead.

1. Rollin’ in the Thunder
2. Shut Your Face
3. Nightstick 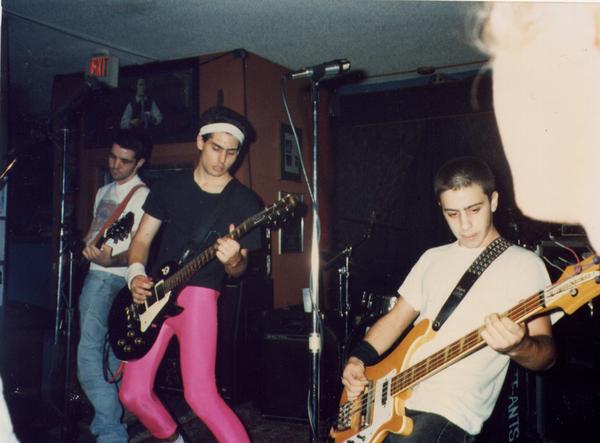 The Bittercups pretty much existed throughout 2005, coming together after the dissolution of Billy Boloby the band and the Heatseekers, comprising two members from each band (Herman Von Uberstein and myself, plus Chuck Loose and Terra Marie). We recorded a demo CD and attempted to follow it up with a higher-quality recording, but things sort of fell apart before that happened. The following MP3s are rough mixes from those recordings.

THE HAPPY ACCIDENTS
My first real band (meaning we didn’t exist only in a garage), the Happy Accidents’ origins can be traced to the morning of Dec. 19, 1993, following the first of many parties at the Wallerstein ranch. I had crashed there overnight, as did several other musically inclined miscreants he recognized from school (Palm Beach County School of the Arts, meaning some of them were actual “musicians”). As I entered the living room, I found everyone in a discussion about the new band they had just formed. Without thinking, I said I wanted in.

After several months of lineup changes, we played our first show to a frighteningly large audience at the 1994 Earth Day festival at Dwyer High School. My goal with the Happy Accidents was to mess with the definition of “punk.” A demo tape followed, and we released a 7″ EP in early 1995. After recording a follow-up EP that summer, we agreed that none of us were happy with the songs, and when the drummer abruptly quit, the rest of us decided to start over and play music that better reflected what we listened to (’70s punk). The Mute-Ants were up and running by fall 1995.